Recently, I started reading “Invisible Women: Data Bias in a World Designed for Men” by Caroline Criado Perez. If you haven’t read it, I suggest you get your hands on a copy (whether you are a man or a woman), as it really is an informative read. Although many of us are well aware of the concept of male privilege, this book is a real eye-opener, providing fascinating statistics and examples on how it really is a world designed by men for men. It is not an attack on men, it merely shows the extent to which women (often unintentionally, through lack of historical consideration in data used in areas from public transport to city planning and bathrooms) are so much less visible than their male counterparts.

With this in mind, and encouraged by a fantastic female translator/musician I met at the MET (Mediterranean Editors and Translators) conference in 2018, I decided it was time to be brave and to try and have my voice heard.

Translation is a profession that attracts a high number of women (I don’t have statistics, but from attending various professional conferences, it is clear to see that the vast majority of participants are female). However, despite this, at every event I have attended, many of the presentations are given by middle-aged, white men. This is not an attack against these men, many of them are esteemed colleagues and have much to share, but it did make me start questioning why the voices of successful (young) women are not showcased as much. I don’t imagine the organisers would favour male contributions, so what else could be behind this? Could it be that we do not put ourselves forward enough? Could it be a lack of confidence, and a feeling of invisibility in this man’s world? Nothing has physically stopped me from applying to participate in a translation conference, but as a woman in her thirties, I suppose I felt like I may not be taken seriously. This made me realise that women will not become more visible unless we, as well as men, endeavour to bring about change.

Therefore, recently, I put forward a proposal to give a presentation at a professional conference in October 2020. For the past two years I have been tempted to talk about technical translation (which, according to Jody Bryne in her book “Technical Translation Usability Strategies for Translating Technical Documentation”, accounts for 90% of global translation output but is subject to very little academic study, unlike literary translation, which is rather a niche area comparatively). It is a topic I have a lot to say about, with 10 years of industry experience, and I think it deserves more air time (just like women)!

I will find out whether I have been selected later in the year, but for now I can sleep well knowing that I have at least made some effort to add another female voice to the professional chorus. 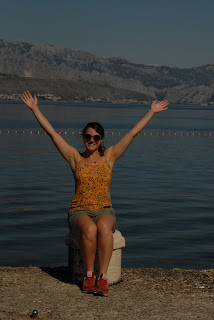 Popular posts from this blog

How to Stand Out from the Translation Crowd

July 20, 2020
To be a good translator, as a bare minimum , you need to: - Master your source (foreign) language(s), - Be a great writer in your target (native) language, - Have a translation qualification or exceptional foreign language skills and industry experience, - Have in-depth knowledge of the culture of your source and target languages, - Deliver your work on time, - Have a Quality Assurance process in place, - Set rates that reflect the quality of the work you produce, - etc. However, to go from being someone who knows how to translate to being a thriving freelance translator, you should also consider the following: 1.   Find your niche As a qualified generalist, you can almost certainly find work with big agencies, but they usually only agree to pay low-to-average rates and have you working under mediocre conditions (quick turn-around times, volume discounts, degressive pricing with CAT tools, etc.). If you really specialise in a subject area (preferably in somethin
2 comments
Read more

How NOT to be a Pest on Professional Networks

June 18, 2020
Recently I have been developing my LinkedIn presence. In general, it has been a pleasant experience. I have learnt a lot about inbound marketing, generated more traffic to my website and made some very interesting professional contacts, both translators and professionals in the aerospace industry. HOWEVER, I have also received a number of inappropriate messages from several people (mainly of the opposite sex, it has to be said) who clearly haven’t worked out the difference between a professional networking website and a dating/social networking website. To date, my response has been to politely remind these people that I use LinkedIn and my Facebook business page for professional purposes only. Now, I consider myself a fairly tolerant person and believe that people should be given the possibility to learn and grow. I have therefore written this dummy’s guide to separate the kind of communication that is appropriate for professional networking from communication that is best kept
Post a Comment
Read more

How NOT to Lose Customers

May 28, 2020
Delivering good translations on time but finding it hard to retain your customers? Find out why! Translators often assume that quality, cost and turnaround time are what make companies want to work with them again and again. Of course this triad plays a role, but there will always be someone able to work just as fast as you, someone cheaper than you or someone who has an eye for detail to match yours. If this is the case, how can you ensure your customers choose to keep working with you and are not tempted to work with your competition? Easy – make sure you focus on how you talk to your customers, as building REAL-ationships fosters lasting collaboration. Earlier this week I had an enlightening discussion with one of my customers, who revealed that her main struggle when working with freelance translators, and something that is often overlooked, is….COMMUNICATION! She revealed that the following bad practices would make her less likely to continue working with freelance translators
Post a Comment
Read more